Do Dimmer Switches Save Energy? 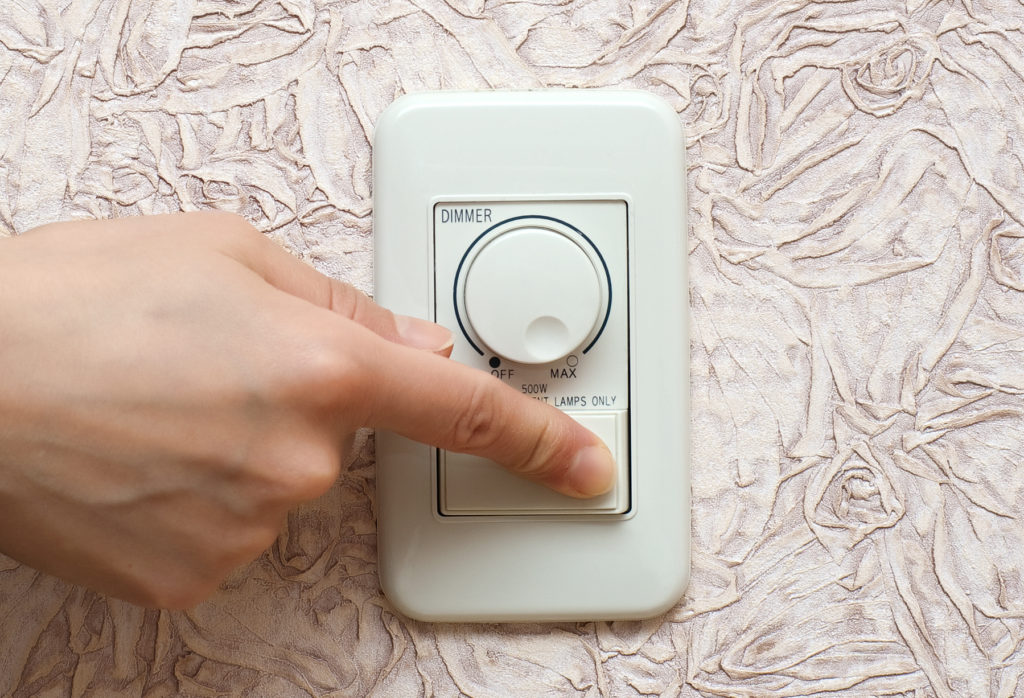 Turning the lights down low and “setting the mood” in your space is often what dimmers are most credited for. But do dimmer switches save energy when they’re used? Let’s take a closer look.

Over the past few decades, lighting has become more efficient than ever. We’ve made the move to more energy-efficient bulbs like CFLs and LEDs which save up to 90% on lighting costs. But what about other lighting efficiency? How do dimmer switches save energy?

Light dimmers have been around for quite some time, and over the past few decades have, too, become more efficient. A traditional dimmer allows for control over how much light is produced by a bulb. Early dimmers would restrict the flow of electricity to the bulb, giving control over the amount of light that was produced, but not necessarily conserving energy.

By adding resistance to the circuit, energy was converted to heat instead of light. This would help dim the light, however, the same amount of electricity was being used. Not to mention, the excess heat could be quite dangerous! Today, dimmer switches save energy by design to reduce a light bulb’s energy use without any waste. This is achieved with a TRIAC switch, which turns a light circuit on and off hundreds of times each second to reduce energy flow to the switch.

Dimming the lights with a switch can not only impact your energy bill but extend the life of your bulbs. Bulbs that are exposed to less power endure less heat, therefore, conserving the life of the bulb being dimmed.

But dimmers aren’t all about conserving energy and saving on your bill. There are benefits of using dimmers throughout your home that you may have never considered. If you read our blog on the impact of light on productivity and emotion, you already know how exposure to different light hues and brightness can affect how we feel and perform.

The more intense or bright a light is, the more alert we feel. The lower or dimmer a light source is, the more relaxed we feel. Having a dimmer switch gives you more control over the mood of your room, and even helps give new dimension to a space without painting, redecorating, or rearranging any furniture.

Considering a dimmer in your home? Here’s what to know about the different bulbs that work with dimmer switches for when you’re ready to turn the lights down low. If you’d like to have a dimmer installed in your home, call Eric Krise Electric to learn more about pricing or to schedule an appointment with a professional today: 856.769.3932