Prevent Electrical Fires in Your Home 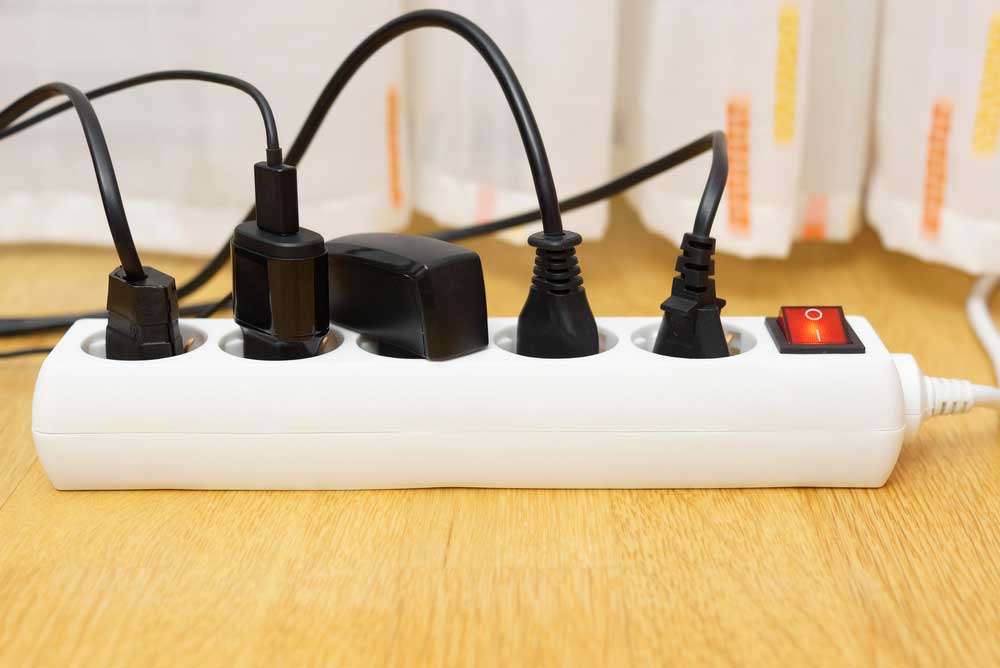 From 2010 to 2014, there were over 45,000 home structure fires related to electrical failures in the United States, causing the deaths of 420 people and injuring nearly 1,400 more. Here are important actions you can take to avoid being added to these statistics.

Problems in the electric grid, equipment failures, and lightning strikes can cause the voltage in your home’s service to spike sharply. A spike in a circuit can destroy electronic devices and appliances plugged into it. Occasionally, they catch fire.

Surge protectors prevent voltage spikes from reaching devices. While some power strips look identical to surge protectors, they are quite different. A power strip is basically just a bunch of connected electrical outlets at the end of a power cord and will do nothing to prevent a sudden increase in current from reaching whatever is plugged into it. Surge protectors actually absorb the excess current, so that the voltage output remains in the range of 110-120 volts. That’s what your devices are supposed to run at, and they won’t get fried if something goes wrong in the grid or in your home’s electric service. So replace power strips with surge protectors and use them for all electronic devices.

Assess Your Circuit Breakers or Fuses

Check fuses or circuit breakers to make sure they are rated properly for each circuit. The biggest danger is not a fuse or breaker that’s rated too low, because if the device operating on that circuit draws too many amps, the fuse will blow or the breaker will trip, shutting off power to that circuit. The danger is if the fuse or breaker is rated too high for the circuit. This circumvents the purpose of the breaker or fuse, allowing a device to draw more amps than the circuit is rated for. If that happens, the wiring might get hot enough to start a fire.

If you don’t know what a circuit is rated for and it’s not marked on the cabinet, have the system inspected by a licensed electrician.

Did you ever run over a power cord with a vacuum or pull on a cord instead of the plug to unplug a device? Both are common causes of power cord damage. Regularly check power cords on all electronics and appliances in and around your home. Older cords may simply deteriorate with time, and even on brand new electronics, the cords may be damaged by abuse or accidents.

You can do some simple tests on the wiring inside your walls too. Check all outlets, light switches and light fixtures for looseness. If an outlet or fixture is loose or doesn’t work, there could be a bad connection, loose wire, or a short that might cause a fire. Listen closely for any popping electrical sounds when you turn things on and off. If your lights flicker, they might be a hazard. If a light switch or electrical outlet becomes hot to the touch, turn it off immediately and don’t use the circuit until it’s been inspected by an electrician.

If your dryer keeps tripping a fuse or the garbage disposal is making the lights flicker, you have a problem. If you notice anything out of the ordinary when using appliances, don’t ignore it. It could be a sign of a failing electrical system, or of a circuit that is being overworked by the devices connected to it.

Get a Professional Inspection