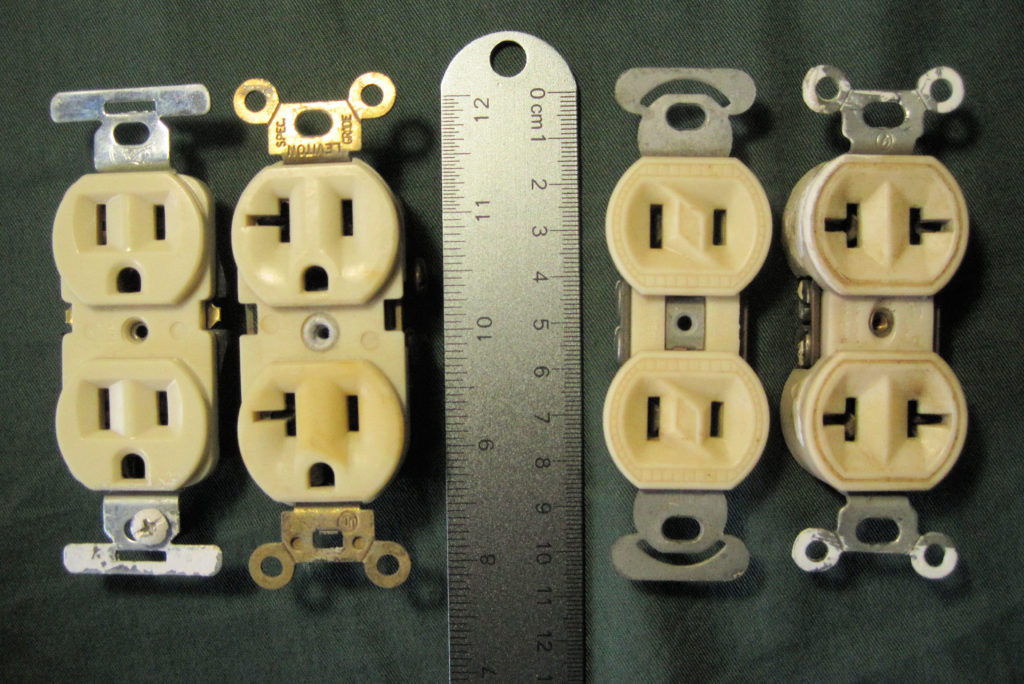 It isn’t unusual for a homeowner to be concerned about two prong outlets and wonder why they aren’t considered up to code. They’re used to two-prong outlets, and appliances are safer today with better materials and engineering, right? That’s not necessarily the case. By today’s standards, outlets are typically required to have a three-prong grounded setup and either be grounded or have an internal GFCI (Ground Fault Interrupter Circuit) to assure safety with modern electrical equipment.

Two-Prong Situations
Two-prong outlets are often found in older homes, as the negative connection doubled as a ground and allowed for appliances to run off a two-prong outlet. The problem with this style is that in today’s world, appliances are made with much more plastics and alloyed metals rather than steel, which means they are not properly grounded as the electricity flows through. This isn’t always a problem, but can develop into an issue when the floor gets wet, or if the user of the appliance is touching another object capable of conducting a current. Using an adapter is not a good idea, because even though it allows a place for the appliance’s third prong to go, it isn’t properly grounding the unit, but instead provides a false sense of security.

How to Upgrade
The fact is, there may or may not be an adequate ground inside the wall. If there is, an additional wire can be run to the ground wire or pipe. Then, a simple replacement three-prong plug can be installed where the old two-prong outlet was. In a case when there is no real access to a proper ground without having to completely rewire the building, the GFCI option might be a better choice. The GFCI outlet typically needs to be 5.5 feet above the floor; and as with any electrical work, there may be other code concerns. That’s why it’s still important to hire a licensed electrician.

The bottom line is, two-prong outlets simply aren’t as safe as a three-prong outlet with a designated ground. It might seem safe at a glance, but if it gets wet, exposed to humidity, or damaged it can lead to electrical shock or a house fire, something nobody wants.

If you have two-prong outlets throughout your house and are concerned about how safe they are, contact Eric M. Krise Electric to discuss how to upgrade your home’s electrical sockets.